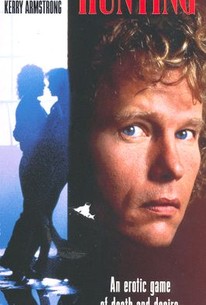 A humble but beautiful secretary tires of her husband's eternal depression and embarks upon an affair with a dashing media magnate in this melodrama. The woman is at first dazzled by the man's wealth, charisma, and sexual prowess and pays no heed to the darker side appearing through the cracks of his charming exterior, but soon enough she comes to see that she is in love with a ruthless man when he has her husband killed, making it look like suicide. He is also blackmailing politicians and heartlessly buying up international businesses with no regard for anyone else but himself. Still the woman passionately loves him even though she refuses to become the traditionally submissive mistress. Unfortunately, for him, she refuses to be dumped and at one point crosses a line and insults him during a business dinner. He gets angry, throws her on the dinner table and rapes her in front of his clients. Finally the light dawns on the shattered woman--this entertainment mogul who piously appears the perfect philanthropist on screen is not a nice man. She then decides to get revenge and stop him for good.

Jacek Koman
as Bergman
View All

There are no critic reviews yet for Hunting. Keep checking Rotten Tomatoes for updates!

There are no featured audience reviews for Hunting at this time.