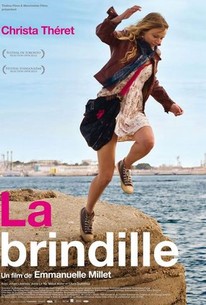 A young woman gets a life-changing surprise in this drama from France. Sarah (Christa Theret) is a footloose twenty-year-old living in Marseilles and working as an intern at an art gallery. One day at work, Sarah falls unconscious and is taken to the hospital, where to her shock she learns she's six months pregnant, despite showing no obvious symptoms. While Sarah has no interest in having a child, she's too far along for an abortion, and when she loses her job and her home, she reluctantly moves into a home for unwed mothers. Sarah intends to give her baby up for adoption as soon as she gives birth, but she learns the other women at the home are eager to become mothers and keeps this to herself. Sarah is dismissive of the responsibilities that come with becoming a parent and even takes up with a new boyfriend until the gravity of her situation becomes obvious. La Brindille (aka Twiggy) was the first feature film from writer and director Emmanuelle Millet.

There are no featured audience reviews for La Brindille at this time.