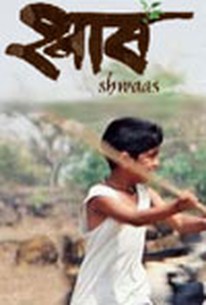 A clash of cultures and personalities compound the pain of a tragic illness in this emotional drama from India. Vichare (Arun Nalavade) is an elderly man living in a rural village in the Konkan region of India. Vichare is deeply devoted to his grandson, Parashuram (Ashwin Chitale), and has essentially become the boy's guardian after an accident leaves the child's father unable to work and his mother too busy with her younger children. When Parashuram begins having severe vision problems, Vichare takes the boy into the city where they meet with Milind (Sandeep Kulkami), an expert but emotionally distant physician. Milind gives Vichare the awful news that Parashuram has developed a cancerous growth in his eyes, and if the child's eyes are not removed, the cancer will certainly spread and take the boy's life. The weight of this diagnosis is almost more than Vichare can bear, and he not only has trouble deciding which is the right decision for his grandson, he lacks the courage to give the grim news to Parashuram. Shwaas (aka Breath) was the first feature film from writer and director Sandeep Sawant. ~ Mark Deming, Rovi

There are no featured audience reviews for Shwaas (Breath) at this time.