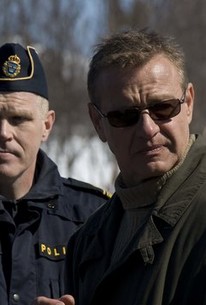 A divided family is driven even farther apart by an unusual crime in this drama. Klements Klementsen (Peter Stormare) lives in the wilds along the northern border that separates Sweden and Norway. Wild wolves were once a common sight in the region, but decades of unregulated hunting have reduced them to an endangered species, and killing one is now a crime that carries a sentence of as much as four years behind bars. Like his ancestors, Klements earns his living tending reindeer, mostly looking after the animals by himself with occasional help from Nejla (Robin Lundberg), his teenage nephew whose interest in this side of his family's history is not shared by his parents (Maria Delleskog and Rolf Degerlund). Wolves have been preying on Klements' reindeer, and when Nejla sees one in action, he kills the wolf with an axe blow to the head. Knowing the severity of the punishment, Klements claims responsibility for the crime, but his seemingly selfless act has unfortunate implications for Nejla and his family. Varg (aka Wolf) was an official selection at the 2008 Montreal World Film Festival.

There are no critic reviews yet for Varg. Keep checking Rotten Tomatoes for updates!

There are no featured audience reviews for Varg at this time.