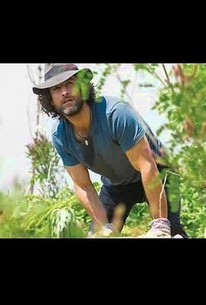 As celebrated Italian director Ermanno Olmi's self-declared final work, the feature 100 Nails (AKA Centochiodi, 2007) attempts to weave a narrative around a contemporary figure who harbors the humanity of Christ. In a startling prologue, the overseer of an ancient library screams out in horror and summons the cops when he discovers that some degenerate has nailed 100 rare manuscripts to the floor with giant railroad spikes, comparable to the ones used to nail Jesus to the cross. As the authorities conduct their investigation, the film then flashes back to events that unfolded over the course of the prior day. An unnamed philosophy professor at Bologna University (Raz Degan) wraps up the tail of the semester and leaves his students behind, including a young Indian woman who penned a thesis on women and religion - the work asserting that organized religion is of utmost importance in her familial culture. The professor climbs into his BMW and drives out of Bologna and into the countryside, where he reaches the Po River and a dilapidated peasant house. Journeying into a local village, he finds its residents far warmer and more welcoming than his colleagues and students at the university; indeed, they first help him fix up the ruined house, then turn to him as an activist and seek his help protecting their threatened community center. He not only becomes a Christlike figure to the locals, but takes a pointed stand against what the film presents as the intellectual decreptitude of the Catholic church, with his intense and seemingly limitless love of humanity. ~ Nathan Southern, Rovi

There are no featured audience reviews for Centochiodi (One Hundred Nails) at this time.